A Case Of You bounces back for Group 3 success

A Case Of You bounces back for Group 3 success

A Case Of You bounced back to form by landing the Group 3 Goffs Lacken Stakes at Naas today under Ronan Whelan.

The Hot Streak colt tracked leaders Lipizzaner and Laws Of Indices before been asked for a strong effort 2 furlongs out where he stayed on well on the stand side to get up in the final strides to win by a neck from Mooneista, who was subsequently demoted to 3rd following a stewards enquiry.

Speaking afterwards, Ado said that “We were disappointed after Leopardstown the last day. He pulled very hard that day and we then decided to go back sprinting with him. My apprentice Cian McRedmond rides him out each day, so he deserves a lot of credit also. He worked very well in the Curragh this week but I haven’t been over hard on him and I think he’ll improve. We have him entered in Royal Ascot in the Commonwealth Cup but we might also give him an entry in a Group 3 over 7f there also. It’s great for Gary Devlin who has been a great supporter of ours”. 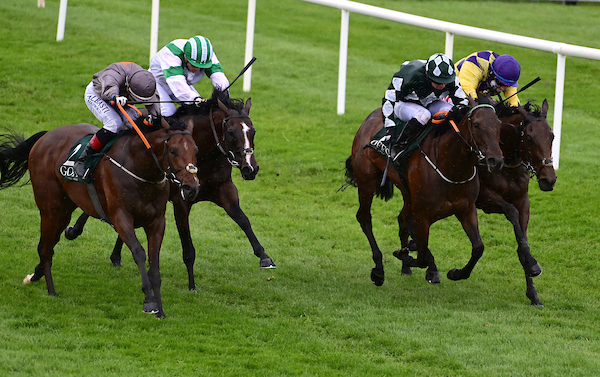