Betrayed off the mark on the turf in Sligo

Betrayed off the mark on the turf in Sligo

Betrayed finally got off the mark on the turf this season by winning the Benbulben Handicap under apprentice Cian McRedmond on Wednesday in Sligo.

Having already won twice on the fibresand in Dundalk earlier this year, it was her first success on turf. The 3yo Lethal Force filly was held up behind the leaders before Cian made his move just over 2 furlongs out where she picked up well to lead into the final furlong to win by half a length from stablemate Faraah.

Speaking afterwards, Ado said “Cian gave the winner a great ride, he didn’t panic. When he got into the straight he just switched her out and she’s probably done it snug enough but hopefully the handicapper won’t be too hard on her. She’s not badly rated compared to her all-weather mark and she has good all-weather form as well.

She’ll progress but she’ll probably be sold at the end of the year, although my wife Hazel owns half of her so we’ll see!

Faraah ran a great race in second. She was an expensive enough yearling but hopefully she’ll get her head in front soon”. 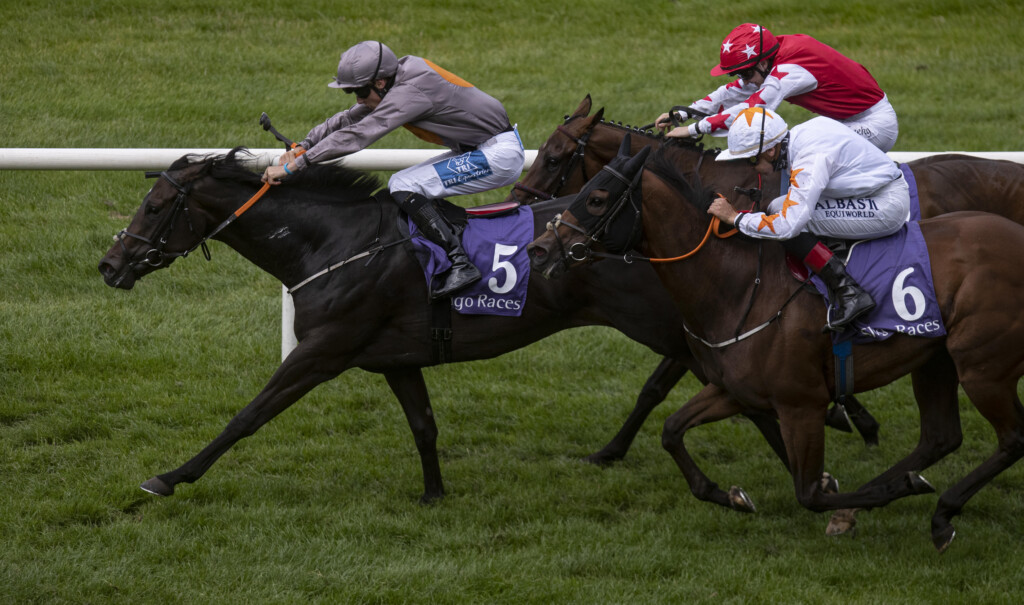