Capitulation refuses to wilt in Bellewstown

Capitulation refuses to wilt in Bellewstown

Capitulation lost her maiden tag in Bellewstown this evening for owner Gary Devlin by winning the Irish EBF Auction Series Maiden under Chris Hayes, thus qualifying her for the €120,000 Irish EBG Auction Series Final in Naas in October. It was also the yard’s second 2yo winner on the turf this season thus claiming a second €10,000 Irish Thoroughbred Marketing to spend on an Irish-bred at an upcoming Irish Sale.

Having broke smartly from a wide draw, the daughter of Elzaam was ridden prominently throughout before Chris made his move just over 2 furlongs out where she picked up well to lead heading into the final half furlong but just managed to hold on from the fast finishing Dermot Weld trained Butterfly Island.

Speaking afterwards, Ado said “She was very unlucky the last day in Leopardstown when she was flying home. She wasn’t in love with this track but Chris said despite that she stayed at it well.

It’s great for the lads because there is a ten grand bonus there. That’s the second one we’ve got this year so we’ll have to shop at the yearling sales.

She didn’t cost a whole pile of money. The lads are great loyal owners and we’ve been very lucky to get her. We might sell her now, she’s rock solid and there will be plenty of fun to be had with her.

She’s a filly that could probably get in off bottom weight in the Birdcatcher or something like that if the ground was right.” 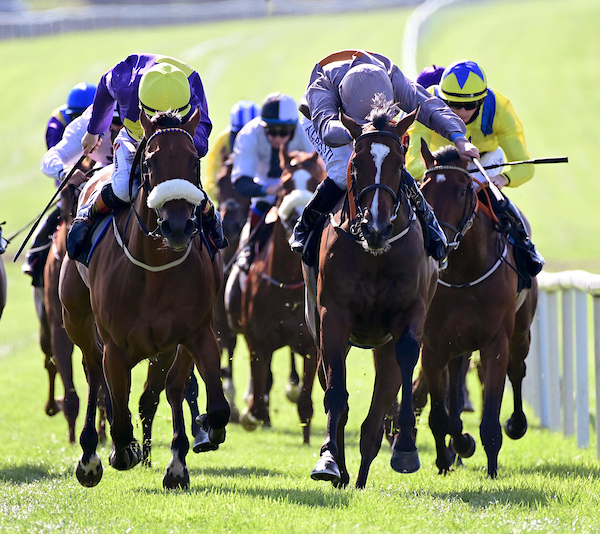