Casanova follows up in Punchestown

Casanova follows up in Punchestown

Casanova followed up his Galway triumph of last week by landing the BetVictor Race in impressive fashion under Chris Hayes in Punchestown today for owners Dooley Thoroughbreds.

Having been held up early on, the 5yo Frankel gelding took closer order over 2 furlongs out and went on to lead entering the last furlong and a half, staying on well to win by a length & a quarter from the Joseph O’Brien trained Dance Jupiter.

Speaking afterwards, Ado said “He has really turned inside out. He had loads of problems before we bought him and he has gotten stronger and really filled out.

I had a meal with the Dooleys yesterday and we said if he won this we might go for the Balmoral Handicap at Ascot on Champions Day so that will probably be the target now.

We don’t work him at home because he’s a hard ride and very keen, it’s all about settling him.” 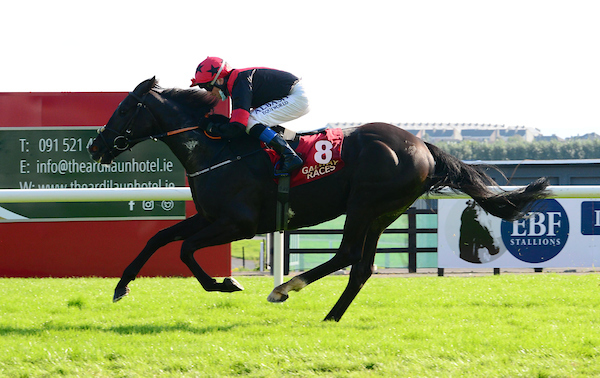