Sirjack Thomas claimed the biggest pot of his career so far by winning the Dubai Duty Free (Premier) Handicap under our apprentice Cian McRedmond today at the Curragh.

The 6yo grey Fast Company gelding who had two previous victories in the infamous red & black colours of Dooley Thoroughbreds was held up mid-division early on before Cian made his move just over 2 furlongs out where he picked up well to lead into the final furlong to win by 1/2 length from the Andrew Oliver trained Dream Tale.

Speaking afterwards, Ado said “Cian was very good on him. The horse has been a little in and a little out of form but we always knew he had to potential to win a big pot and today he duly obliged. He won in Galway last year and the plan is to back there again. That win might get him high enough in the ratings to get him into the Galway Mile”. 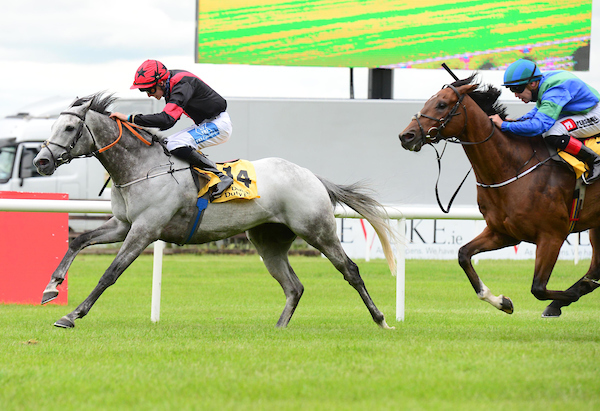