Pretreville continued the great start of the season for the team & for Ronan Whelan on Friday night by landing the feature race, the Story Of Dundalk Stadium Book Available Online Race. It was a prep race for both Pretreville & ex-Group One winning 2yo Thunder Moon as they both look to target big prizes in the Middle East next month.

Owned by partnership Shamrock Thoroughbreds & Gérard Augustin-Normand, Pretreville broke nicely and chased leader Meishar. Ronan made his challenge 2 furlongs out and overtook the early leader in the final furlong to stay on well to win by a length and a quarter from the odds-on favourite Thunder Moon.

Speaking afterwards, Ado said, “We ran him on soft ground and shouldn’t have. He’s only had two bits of work before he ran here, last week and the week before and the first day I worked him, he took my breath away.

There are loads of options and he’ll go for either the Doha race that Bowerman won last year or to Dubai on Super Saturday. The Doha race is over a mile but it’s quite a tight track and it could suit him. Super Saturday is over seven, he just needs to settle a bit.

We have new French owners in along with Shamrock Thoroughbreds and I’m delighted.” 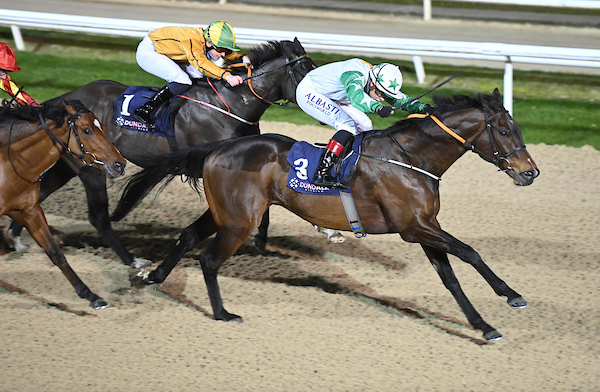