Shamrock Thoroughbreds are offering an opportunity to become involved in the fun and enjoyment of racehorse ownership through the syndication of Exquisite Acclaim.

Exquisite Acclaim is a lightly raced 3yo who was purchased at the recent Tattersalls July sale from the Jessica Harrington stable and is currently rated 96. He won his maiden in September 2021 at Dundalk as a 2yo over 6 furlongs and also finished second in a conditions event at the same venue in March 2022, a race which was won by A Case of You in 2021. His most impressive run to date was finishing 4th in the Listed 2,000 Guineas trial at Leopardstown over 7f in April 2022.

We believe he has all the attributes to develop into a top class sprinter. He is by a fantastic sire in Acclamation out of an Exceed and Excel mare and his speedy pedigree hails from the family of Maarek, a former Prix de L’Abbaye de Longchamp winner. He has been castrated post sale and we believe that this will also bring about a lot of natural improvement.

He is a horse that trainer Ado McGuinness believes “Is a very exciting prospect and hopefully we can get him back to the form of his 2,000 Guineas Trial run. He is a high class horse on ratings and hopefully his new owners will have lots of fun with him and there is every chance he will be campaigned internationally as well early next year”.

“He has a lot of quality with plenty of strength, a typical sprinter type. He has the credentials to develop into a top class sprinter.”, Stephen Thorne, Managing Director of Shamrock Thoroughbreds”. 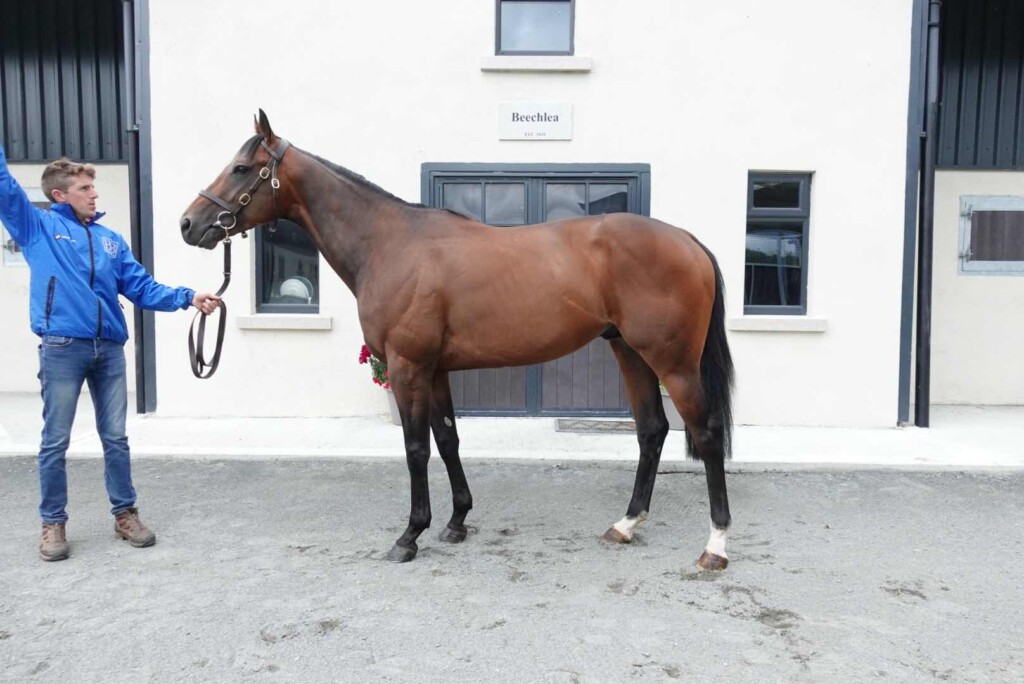 The main reason for purchasing a share in Exquisite Acclaim is to become involved with a quality horse who will represent his owners at the major flat festivals and meetings in Ireland and the UK and potentially at international level. Ado McGuinness is one of Irelands’ leading racehorse trainers and dual Group 1 winning trainer of sprint superstar A Case of You.

The syndicate will be divided into 20 shares of 5% each and each shareholder can buy as many shares up to a maximum of 50% or 10 shares. Exquisite Acclaim will race under the name of Shamrock Thoroughbreds and will be put into training with Ado McGuinness in Lusk, Co. Dublin. Any shareholder who purchases 25% or more will also be a named partner along with Shamrock Thoroughbreds. A WhatsApp Group will be setup to enhance communication purposes between the syndicate manager Stephen Thorne and each of the 20 shareholders.

The plan with Exquisite Acclaim is to settle him into the routine with trainer Ado McGuinness and he is currently recovering from his recent castration operation. The plan will be to find a suitable conditions race in the Autumn before targeting a Stakes race over 6 furlongs. If we can get his confidence back in the Autumn, we are hoping to plan an international raid to Doha early next year for the valuable $250,000 Dukhan Sprint over 6 furlongs.

The cost of purchase for each 5% share is £5,950 pounds stirling. This includes the sales purchase price, sales commission, buyer commission, 4.8% VAT, sales vettings and transport to Ado McGuinness Racing.

The total training fees, mortality insurance for 12 months, veterinary fees and HRI account funds for a 5% share until the 31st July 2022 is €1,500 euros and those costs are listed below.

There will be a Shareholder’s discussion in early July 2022 to decide if the
horse is sold via public auction or put back into training for another 6 or
12-month period.

The total cost which is immediately payable upon purchase of one 5% share is £5,950 Pounds Stirling which is the total cost of purchase and payable to Tattersalls Ltd directly. The training fees for a 5% share (Including veterinary fees, insurance and HRI account funds) for 12 months of €1,500 Euros is immediately payable to Shamrock Thoroughbreds.