Owned & bred by Thomas Heatrick, the daughter of Red Jazz ran towards the rear in the early stages of the race until Adam made his move 3 furlongs out. She stayed on gamely to land the spoils by three quarters of a length from the James McAuley trained Eastern Racer.

Speaking afterwards, Ado said, “Adam’s 10lb claim went yesterday, he is a good kid and is riding with confidence. She is one of those fillies that will pop up once or twice a year and is a good fun filly. The owner wants to sell her and she is there for anyone who wants her. She is genuine enough and will always get a couple of races every year. Tom Heatrick, the owner, is from Armagh and also bred her and is a good man who has had plenty horses with me through the years”. 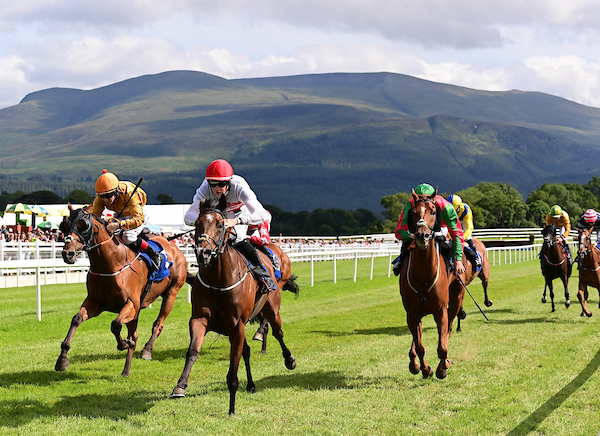