A tilt at either the King’s Stand or the newly named Platinum Jubilee in Royal Ascot beckons as A Case Of You gained the yard’s second Group 1 success by claiming the Al Quoz Sprint Sponsored By Azizi Developments on Saturday last in Meydan. The Hot Streak colt was having his third outing of the year having finished his previous run 2nd to strong market contender Man Of Promise 3 weeks earlier on Super Saturday at the same venue.

Drawn ideally against the near rail, A Case Of You ran up & tracked early pacesetters Taxiwala & Creative Force under jockey Ronan Whelan. Ronan made his move just over 300m out and he battled on gamely to take the lead at the 200m pole and ran on well to land the US$870,000 first prize from the fast finishing Happy Romance.

Speaking afterwards, Ado said “Ronan is a world-class rider and he’s proved it on this horse’s last two wins. I told him we had to get out. We were behind the Godolphin horse, but we knew we had a huge help being on this side. His last furlong is his best, and even though the favourite was beside us we beat him well.

It was soft ground when he won in Paris and quickish here, but good horses go on any ground.

He will be ok over a fast five furlongs at Ascot (King’s Stand), but the big ones are the Abbaye and then the Breeders’ Cup at Keeneland where the five and a half furlongs with a bit of juice in the ground would be ideal.”

Afterwards jockey Ronan Whelan said “France was special for a number of different reasons, but we came here as a proven Group One horse and were chasing the win, not the prize money lower down.

I thought I’d committed too soon but he pricked his ears and went again. I found a golden highway.” 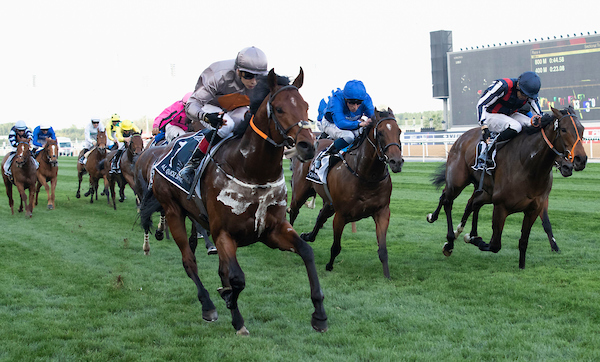 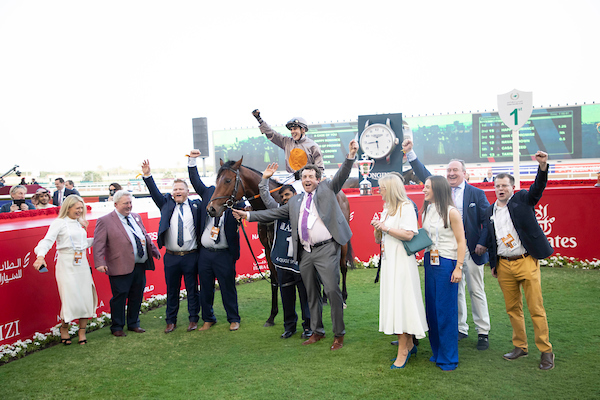