Magnetic North gave our stable apprentice Adam Caffrey his first winner by claiming the Donaghmore Handicap at Navan last Saturday. The Born To Sea gelding was having his second outing on the turf this season following an 8th place placing at the same venue last time out.

Having broken smartly, Adam pushed his mount to the front early on and then made his move 2 furlong where he picked up again & stayed on gamely to win by 1 and a three quarter lengths from the Richard O’Brien trained Uncharted.

Speaking afterwards, Adam said, “I’m delighted with that now, first winner on the board. It is tough but, by God, it is worth it when something like that happens!

He stays all day and that was the plan to jump out and make it if we can. He pinged the lids and he was gone. I just kept it simple the whole way.” 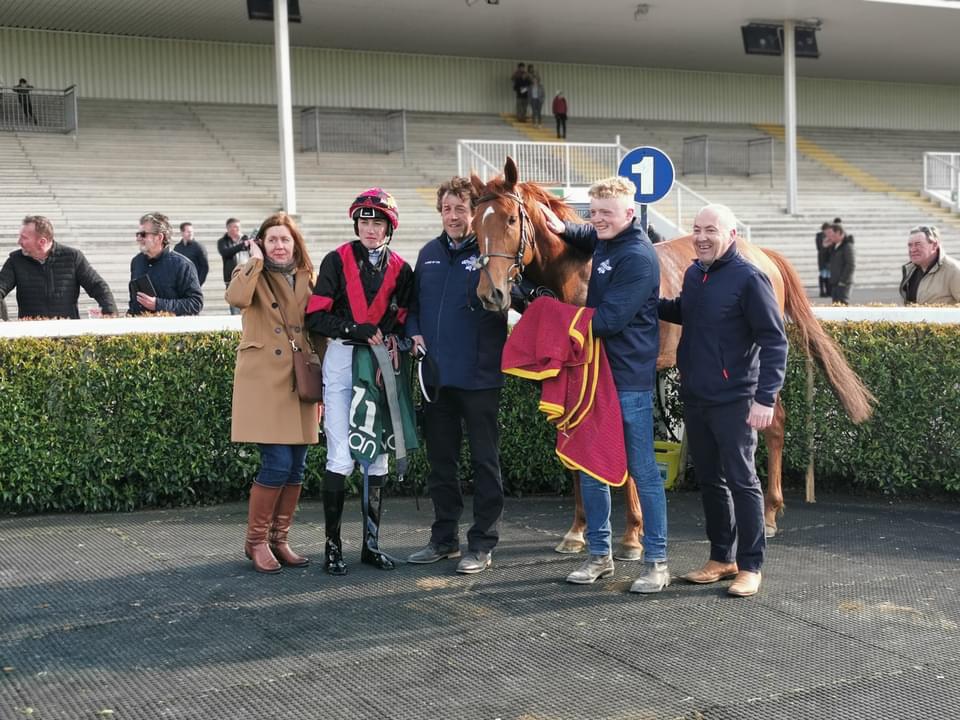