Spanish Tenor under our apprentice Cian MacRedmond claimed his second victory of the turf season when landing the Sonix Entertainment Handicap on Sunday last at Gowran Park.

The 8yo Loup De Vega gelding who ran credible in a few big handicaps last season, gained his second success for Shamrock Thoroughbreds this season when Cian made all the running on him having broken very quickly from a wide berth in Stall 12 to win by a length and three quarters from the Willie McCreery All Lies Ahead.

Speaking afterwards, Ado said, “My worry was that he was drawn wide but Cian did very well to get him out and across. He likes to dictate. He’s in great form and that’s his second win this year.
He’ll definitely be going to Galway and will probably run in the two races, the mile and over seven furlongs. He ran well in the seven last year.
I think he’s better going around a bend as he’s able to breathe. Some of those horses when they get a bit older and are flat out in a straight line, they get fed up.
Around here you can get a breather into them and dictate the race. It’s a massive help to horses like him”. 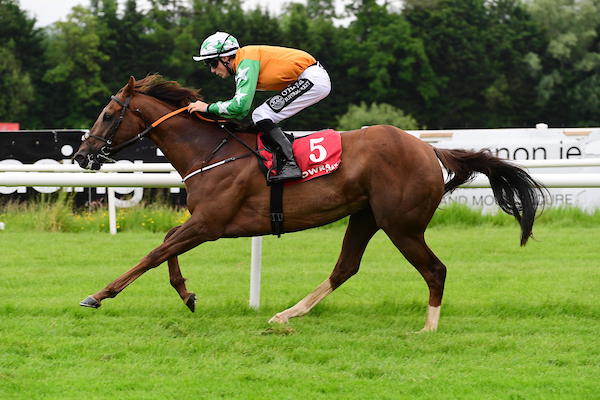